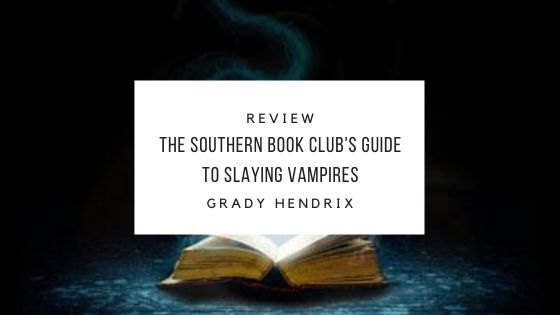 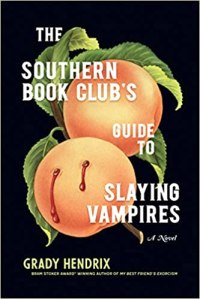 Patricia Campbell’s life has never felt smaller. Her ambitious husband is too busy to give her a good-bye kiss in the morning, her kids have their own lives, her senile mother-in-law needs constant care, and she’s always a step behind on thank-you notes and her endless list of chores. The one thing she has to look forward to is her book club, a close-knit group of Charleston women united by their love of true crime and paperback fiction. At these meetings they’re as likely to talk about the Manson family as they are marriage, motherhood, and neighborhood gossip. This predictable pattern is upended when Patricia meets James Harris, a handsome stranger who moves into the neighborhood to take care of his elderly aunt and ends up joining the book club. James is sensitive and well-read, and he makes Patricia feel things she hasn’t felt in twenty years. But there’s something off about him. He doesn’t have a bank account, he doesn’t like going out during the day, and Patricia s mother-in-law insists that she knew him when she was a girl an impossibility. When local children go missing, Patricia and the book club members start to suspect James is more of a Bundy than a Beatnik but no one outside of the book club believes them. Have they read too many true crime books, or have they invited a real monster into their homes?

It took me quite a while to get round to reading The Southern Book Club’s Guide to Slaying Vampires and I think a lot of this was down to the understandable hype surrounding it when it was released. Call me a pessimist if you will, but I tend to find a lot of things don’t live up to their hype and having loved Hendrix’s other novels, I wanted to stave off the inevitable disappointment I thought would come with reading this book.

But what do I know, right? I grabbed myself a copy of The Southern Book Club’s Guide to Slaying Vampires and not only did I thoroughly enjoy it, it now holds the titles of Jazz’s Fave Grady Hendrix Novel and Jazz’s Fave Horror Novel of 2020 (the latter of which is a truly prestigious honour for a book to be awarded with).

First off, as someone who has read a sickening amount of paranormal romance, I’m used to my vampires being sexy, sympathetic antiheroes. From a personal standpoint, it was refreshing to read a novel in which the vampiric lead is a complete and utter asshole. Sure, James Harris might be pleasing to the eye and he might be one hell of a smooth talker, but there’s nothing sympathetic or attractive about his character. Beneath his charming facade, he’s about as villainous as a vampire can get in the horror genre.

Let’s talk about Patricia, who’s is perhaps now one of my favourite horror protagonists of all time. Before James Harris comes onto the scene, she’s an unassuming housewife whose days pass in a blur of domestic chores. The only excitement in her life is her book club, where she and other housewives catch up on local gossip and delve into the grisly world of true crime.

But then James Harris arrives in town.

Initially, he seems like a regular guy. He’s polite, charming and intelligent and it’s these qualities that allow him to insert himself into Patricia’s family. Very quickly, though, Patricia realises that there’s something horrifically wrong and what ensues from that realisation is years of gaslighting at the hands of her husband, James Harris, her friends and even her own children. Patricia’s suspicions are blamed on a whole host of things, from stress to mental illness, from boredom to obsession.  When every single person in your life refuses to even entertain your suspicions, let alone hear the evidence upon which they’re built, it’s natural that you’d begin to question your own sanity and this is exactly what Patricia does. There’s a period where she goes along with her psychiatrist husband’s diagnosis of mental illness and during this period of self doubt, James Harris carries on with his nefarious acts. I won’t lie. This really pissed me off initially. I wanted to dive into the book and bellow “He’s a fucking vampire!” in Patricia’s face. I was so angry at her for giving up.

But then I tried to view it from her perspective and I realised that I was being too harsh on this poor fictional woman. I mean, who wouldn’t give up? Who wouldn’t question what they believe when every single person in their life is telling them that they’re wrong?

When more evidence of James Harris’ wrongdoings are presented to her, though, Patricia doesn’t back down. She rounds up her book club ladies and what follows is a bloody climax that is equal parts horrifying and empowering.

If you hadn’t guessed already, The Southern Book Club’s Guide to Slaying Vampires gets five stars from me.

Want to read The Southern Book Club’s Guide to Slaying Vampires? Head on over to Amazon to buy your copy, or order it through your local bookstore.

Connect with me on social media!

Review ⭐⭐⭐⭐
Cheating on Frankenstein this evening with a new book and B&Q's bathroom catalogue 😂
After a shitty day mood wise yesterday, I decided to take my book to Starbucks and treat myself to coffee and lunch today. Put on some makeup and an outfit I liked and managed to get 8,000 steps in there and back. Today has been a good day so far 😁 Now for some blogging on the balcony. What are you doing today? Also, excuse the rat cages in the background in the second photo 🐭
Life's too short to read bad books, so I've decided to abandon my current read and move onto Frankenstein instead. Also, I don't know why Penguin opted for this picture for the cover. It hardly looks like a man who's an amalgamation of different corpses 😂
Review ⭐⭐
Winter was my favourite season growing up, but now it's all about spring and summer. It's pretty overcast today, but it's still lovely and warm so I'm spending my lunch reading on my balcony 😍 I started And Every Word Is True today. What are you currently reading?