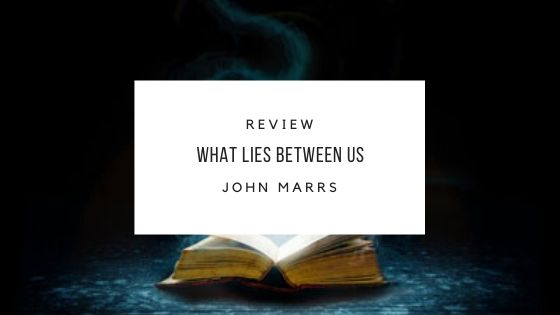 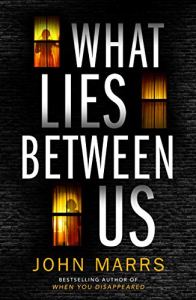 Nina can never forgive Maggie for what she did. And she can never let her leave.

They say every house has its secrets, and the house that Maggie and Nina have shared for so long is no different. Except that these secrets are not buried in the past.

Every other night, Maggie and Nina have dinner together. When they are finished, Nina helps Maggie back to her room in the attic, and into the heavy chain that keeps her there. Because Maggie has done things to Nina that can’t ever be forgiven, and now she is paying the price.

But there are many things about the past that Nina doesn’t know, and Maggie is going to keep it that way—even if it kills her.

Because in this house, the truth is more dangerous than lies.

*sigh* I knew my journey back into the blogosphere would be one fraught with danger. Temptation lurks within every book review that I read, ready to snatch me up, and this is exactly what happened with What Lies Between Us. Plus, reviews aside, how could I not buy this book when the blurb contains the lines “Every other night, Maggie and Nina have dinner together. When they are finished, Nina helps Maggie back to her room in the attic, and into the heavy chain that keeps her there”? I had so many questions – How do these women know each other? What’s Maggie done to warrant being locked in the attic? – and these questions needed answering.

So, I bought myself a copy and it lived up to the hype. In fact, it blew me away. I’ve never read a thriller that’s kept me guessing right up until the bitter end like this one did. Every revelation (save the one about what actually happened to Nina’s dad) came as a genuine surprise to me. At the same time, though, these revelations made sense and fit nicely into the narrative. There was never a point where I found myself asking “Where the hell did that come from?”

Maggie and Nina are morally complex characters. At first glance, Maggie and Nina’s roles seem easy to define; Maggie’s the ‘good’ one, a victim of her daughter’s cruelty, and Nina’s the ‘bad’ one, but as the novel progresses, it becomes apparent that there isn’t the rigid dichotomy between ‘good’ and ‘bad’ that’s found in a lot of other novels.  Maggie does bad things, but she does them out of a warped sense of love and loyalty towards Nina, her daughter. Do her intentions negate these actions, making her ‘good’, or is she just as ‘bad’ as Nina? Nina is equally as complex. Nina commits despicable acts, imprisoning her mother in the attic being but one of them. Is she ‘bad’, though, or is she a woman who’s been pushed over that metaphorical edge by a culmination of different factors, a woman who’s in desperate need of professional help? The narrative is split between Maggie and Nina, so readers have the chance to hear to the story from two different perspectives and decide for themselves. I like books that make their readers think and don’t simply spoon feed them the answers.

I also liked the fact that What Lies Between Us doesn’t have a happily ever after. It has a heart-wrenchingly sad ending, which is befitting given how dark the rest of the novel is. I would have been disappointed if the novel had simply ended with Maggie being discovered and Nina going to prison. It would have felt anticlimatic and at odds with the sinister tone permeating the rest of the book. Marrs doesn’t try to ease the sting of Nina’s crimes by giving his readers a HEA and I respect him for this. What Lies Between Us is a dark and gritty novel through and through.

To summarise, What Lies Between Us is a gripping, but achingly tragic thriller.

Want to read What Lies Between Us? Head on over to Amazon to grab your copy, or order it through your local bookstore.

Connect with me on social media!

3 thoughts on “‘What Lies Between Us’ John Marrs”

Five hour journey today. Perfect time to get stuck into this 😍 I loved Nick Cutter's The Deep, so I have high hopes for this! What are you reading today?
Review ⭐⭐⭐⭐⭐
My current read. What are you reading this week?
Decided to treat myself to a pumpkin spice latte and cookie after my flu jab. Still wading my way through The Deep (pun entirely intended). I'm loving it, but I've just been crazy busy lately. What are you reading today?
After two years (thanks, Covid), I finally got to come down to Lincolnshire to visit my family. It's been a manic, whirlwind of a week, but today I'm going to be chilling in my grandparents' gorgeous garden, listening to the birds, drinking coffee and reading ❤️ I didn't realise how much I needed this week until just now. I honestly feel rejuvenated after seeing my family. My little brother is not so little anymore...he grew to 6'5 in the last two years 😂
On the train to see family and decided to start this seen as it's officially spooky season. Have you read this book? What are you currently reading?